A storm of images | Philippe Jenkins

In 793 AD the Vikings attacked Lindisfarne. Here’s why it was so shocking

Scientists finally identify the origin of the Black Death

“So what are you working on right now?

Well, that wasn’t the ideal reaction I expected from a friend at my church, but it brought up an interesting point about how I explain what I do. I am currently writing a book – under contract with Baylor University Press – which I believe addresses some of the most important issues in the history of Christianity and religion in general. But maybe that’s the technical label of iconoclasm, maybe it’s that people find “Byzantine” obscure and off-putting. So why am I doing this?

Between about 720 and 850, the Eastern Roman (Byzantine) world was the subject of a fierce struggle for the legitimacy of images in religious contexts – of all kinds of representations in all media, not just “icons” . In some cases, sacred images were destroyed in churches, demolished or smashed: iconoclasm simply means “breaking the image”.

During the most intense stages of the struggle, many individuals were persecuted, tortured or killed for the cause, towns and families were bitterly divided and religious houses ruined or uprooted. The implications for wider Christian history were far-reaching, involving themes such as the role of the senses in worship, the representation of holiness in material form, and the distinction between legitimate devotion and impermissible superstition. In cultural terms, the struggle was crucial to relations between East and West – between what, over the following centuries, would respectively become the Catholic and Orthodox parts of the Christian world.

I must say here that almost every detail of this whole controversy is the subject of extreme debate over the reliability of the sources, far more so than in most historical debates, and I give my full attention to these often technical matters. But for the present argument, let me pass on this question.

Obviously, I have a lot more to say about this whole crisis, but allow me here to focus on a few key points that I think are particularly important.

The first, probably, is how this era fits into the whole trajectory of Christian history from Late Antiquity to the Middle Ages. I had already written about these times in two related books, in my The Lost History of Christianity (2008) and my jesus wars (2010), the latter dealing with the Christological struggles of the 5th and 6th centuries. Image Storm is an integral part of this sequence, the third volume of a trilogy. This positioning became increasingly clear as I wrote the manuscript.

This connection became evident as I tried to describe the era in which the question of iconoclasm is situated, the 8th and 9th centuries. This initially seems quite late for the period of “Late Antiquity”, which is generally considered to span from the 3rd century to the 7th or 8th century, depending on the region, and historians often date the beginning of the Middle Kingdom to Byzantine of 717. Having said that, one of my major themes concerns the remarkable persistence in the eighth and ninth centuries of many aspects of religious thought and cultural worldview from much earlier eras.

This would include, for example, the continuing passion for Christological debates, which absolutely pervades the controversy over iconoclasm. Reading documents from 754, it sometimes appears that the Council of Chalcedon took place the previous month, rather than in 451. Also reminiscent of earlier centuries, we see the intense efforts to draw and enforce the boundaries separating Christianity from his Jewish origins. Most of the literature defending images stems directly from defenses of Christian practices against Jews, primarily in the seventh century, and particularly on issues of idolatry. Um, didn’t Christians understand all this before 200?

I also found it surprising the role in debates over iconoclasm of heretical Christian movements like the Paulicians, whose ideas sound as if they should have belonged to the second century, not the eighth. And then there is the continued fascination with charismatic and prophetic holy figures, who (again) seem to have belonged to AD 300, not 800. I have no hesitation in attributing the iconoclasm debate to “the Late Antiquity,” and it’s very much continues debates that we might have thought were long extinct by then.

The debate over iconoclasm is also forward-looking, sometimes surprisingly. When we think of Christianity in the early Middle Ages (and much later), we all too easily think of simplistic superstition and the rigid suppression of any alternative approach by the allied forces of church and state. One might even condescendingly assume that these bygone societies simply lacked the intellectual capacities to develop “higher” and less superstitious forms of faith, which only became possible after the Renaissance. Such ideas, we might assume, were simply not conceivable before these more enlightened times.

But then, with considerable surprise, we turn to the world of the iconoclasts, who rejected so many aspects of what has become the Catholic or Orthodox worldview. In the 760s, the iconoclastic emperor Constantine V and his allies envisioned a world without monasteries and the despised black robes that inhabited them, those men and women who wore what the emperor called the costume of darkness.

It is easy to list analogies with the European Reformation 750 years later. If we take the surviving accounts of Constantine’s policies at face value (and all statements are controversial to some degree), these likenesses would include not only the demolition or removal of images, some of which claimed to have supernatural origins, but also a vigorous campaign against monasticism; the secularization of monastic homes and lands, which were instead given to military supporters of the emperor; an attack on monastic celibacy; force monks and nuns into secular life; confiscation of church treasures; the removal or destruction of holy relics and the rejection of relic worship as such; the prohibition for lay people to carry sacred images or tokens; and the severe persecution of monks or clerics who protested the violation of their familiar customs. Don’t ever tell me that no one thought such things in the “superstitious” milieu of the Middle Ages. Oh yes, they did.

Knowing about iconoclasm cannot fail to rewrite what we think we know about the trajectories of Christian history, before and after this spectacular conflict.

Previous Create a digital identity for
Next Bank of Israel, BIS and Hong Kong cenbank to test feasibility of retail CBDC 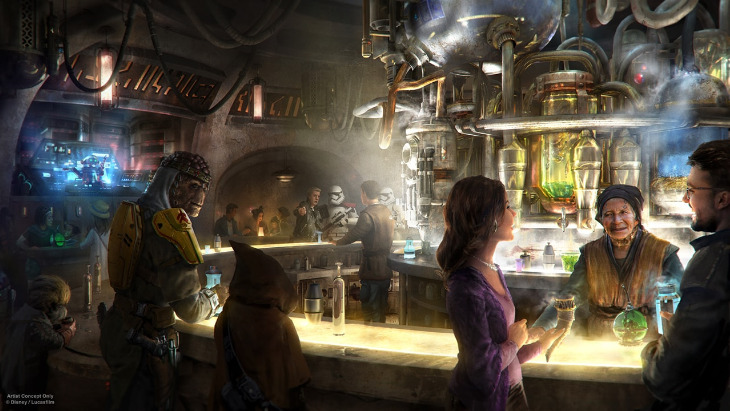