Researchers believe this site in Haverfordwest, Pembrokeshire, may have once been the lost medieval nunnery of St. Savior.

Dyfed Archaeological TrustIt is rare for finds of this magnitude to occur in urban areas, the team said.

A team of researchers excavating the site of a former department store discovered several hundred human bodies buried underground, possibly meaning the site was once a convent in the Middle Ages.

As Smithsonian Magazine Reports said the find came as part of a $7.1million redevelopment of the Ocky White department store, which closed in 2013. The project is being led by a team from the Dyfed Archaeological Trust.

“There are very rarely deep digs in urban areas,” Murphy said. “Studying this one will be such an incredible insight into the society of the time. It’s a bit overwhelming at times when you see the number of bones excavated!”

In total, the team found around 280 individual skeletons, some of which were just tiny babies. They believe the site was once the Convent of Saint-Sauveur, founded in 1256.

“It’s a mass burial of people of all ages and genders – people wanted to be buried there who lived in the city,” Murphy told Sky News. “From very small babies, you can imagine the death rate was very high at that time, so there are a lot of infant burials…Most burials are in shrouds rather than coffins .” 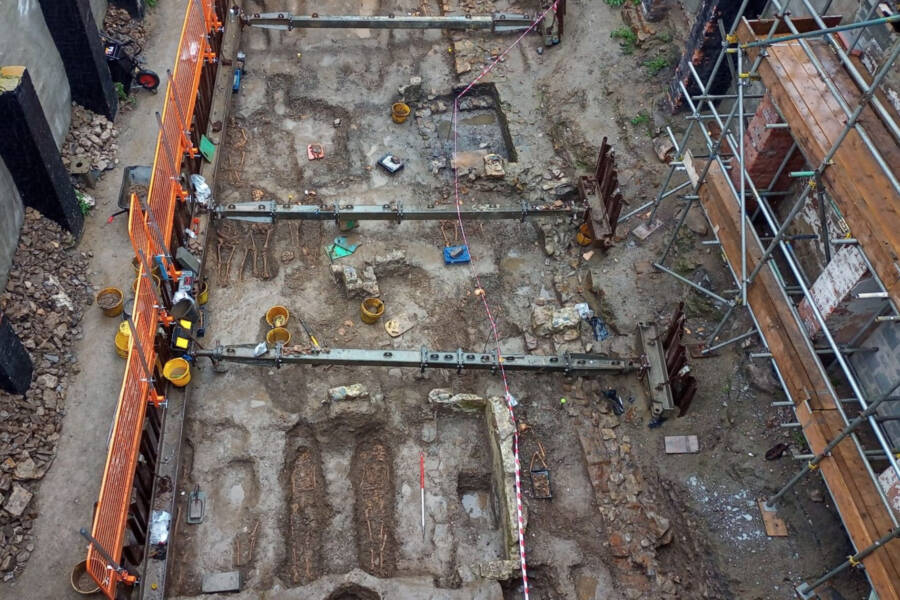 Dyfed Archaeological TrustResearchers have dated most of the bodies to between the 13th and 16th centuries.

According Smithsonianthe discovery was made during the demolition of the Ocky White, leading Pembrokeshire County Council to put redevelopment on hold while archaeological excavations are underway.

“Historical and cultural artefacts are part of our Welsh heritage and have inherent value for education, research, leisure, tourism and the economy,” said Terry Edwards, managing director of John Weaver Contractors, the company working on the project. statement earlier this year. “We have a responsibility to mitigate the potentially damaging effects of any development we work on.”

In addition to the human remains, the team recovered numerous artifacts, including segments of ridge tiles, carved stones and decorative floor tiles – all of which add further credence to the team’s assessment that the site was where the Saint-Sauveur convent was located.

“We know it’s there because of a series of monastic references, mostly records about money,” Murphy told the Western Telegraph.

For centuries, the exact location of the Saint-Sauveur convent remained unknown.

“At its height, there were apparently eight friars who were part of the convent before it was dissolved and [passed] in private hands,” Murphy added. “It was disbanded in the 1530s with one of the friars erasing his name from the list of friars in the priory, which is peculiar and might have been a protest against its closure.” 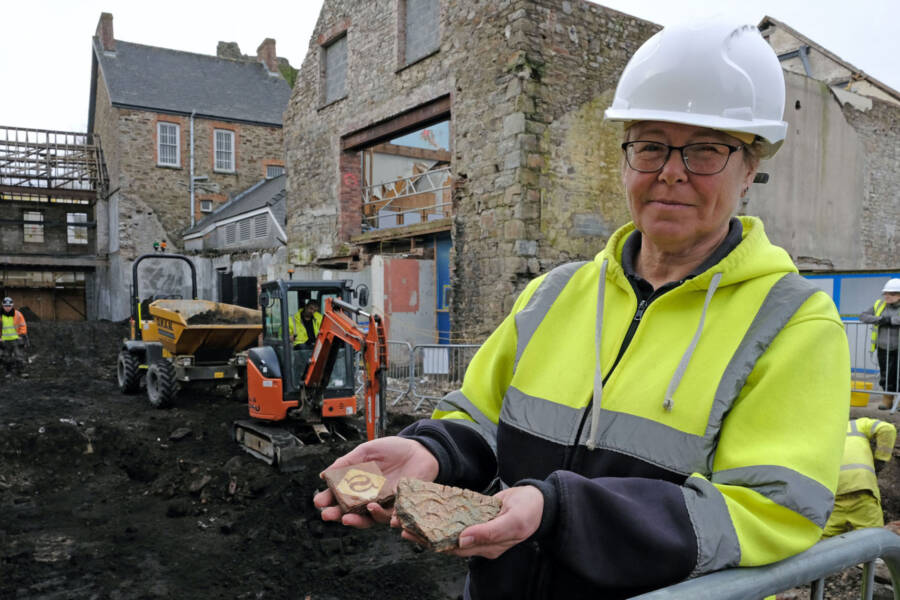 Site supervisor Andrew Shobbrook told the BBC the site was “a fairly prestigious place to be buried”.

“You have a range of people, from the wealthy to the general city dweller,” he said.

Shobbrook described the convent as a large complex of buildings, including dormitories, scriptoriums, stables, a hospital and, of course, a cemetery.

Some of the recovered remains also showed signs of physical trauma, with some sustaining head injuries consistent with those sustained during the battle.

“We know that the city was besieged in 1405 by Owain Glyndŵr, and they could be victims of this conflict,” Shobbrook told the BBC.

For now, however, it is too early to tell. In the meantime, the remains have been taken to a nearby site for expert analysis, after which they will be reburied in consecrated ground. The site itself will also see significant changes in the near future, as it is transformed into a three-storey food store with a rooftop bar and terrace. 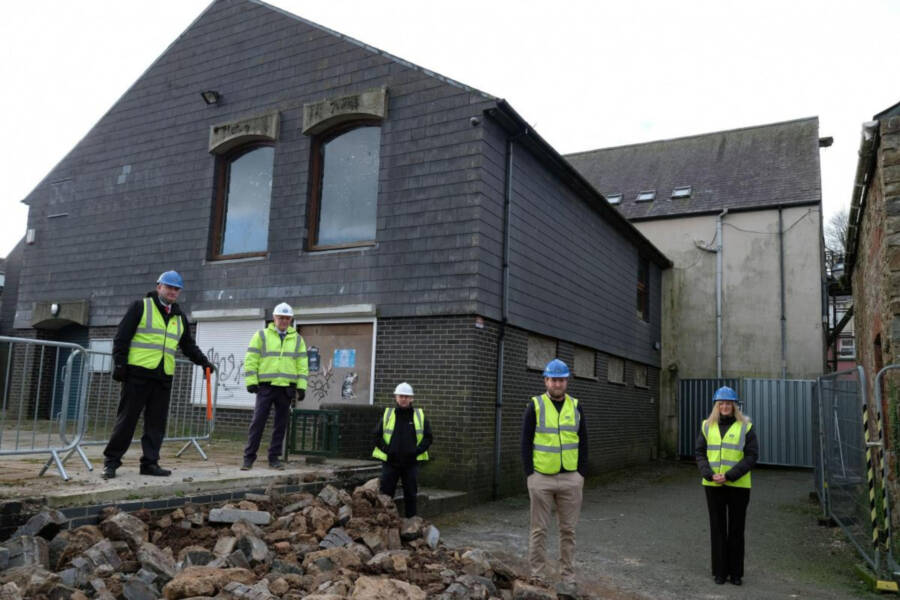 Pembrokeshire County CouncilSome members of the Dyfed Archaeological Trust team at the site of the old Ocky White.

“People just stop while they’re shopping and stare out the window at the new things we’ve found,” Murphy told ITV. “There is all this accumulated history of their own city under them. It’s so rewarding for me and the staff that people stop us every day and ask questions… It’s a bit out of our comfort zone.

“Never in my wildest dreams would I have thought [be] involved in something this big,” archaeologist Gaby Lester told the BBC. “The site is proving to be an important part of the history of Haverfordwest and Pembrokeshire. It can be a bit overwhelming at times, but it’s also humbling to be part of this journey.