Trash left behind by visitors to a stately home – or the National Trust’s latest clock gadget?

At the confluence of art and architecture

Trash left behind by visitors to a stately home – or the National Trust’s latest clock gadget? The dining room is dotted with pizza boxes and crispy packets for a party-themed ‘experience’

By Jo Macfarlane For The Mail on Sunday

As one of the finest examples of Regency architecture in the country, the majestic Attingham Park has long been preserved for the nation by the National Trust.

But the 18th-century mansion is now at the center of a simmering feud over the charity’s future direction after its elegant dining room was dotted with pizza boxes, crispy packets and bottles of soft drinks for a new “visitor experience” on the theme of celebration.

The bizarre exhibit, which featured ‘explosive guitars and party hats on statues’, has been greeted with dismay by members of the Trust who have visited the historic Shropshire pile in recent weeks.

A bizarre display of pizza boxes, crispy packets and soft drinks (pictured) has been strewn around the dining room at Attingham Park as part of a party-themed ‘visitor experience’

“It’s beyond words,” said a spokesperson for members’ lobby group, Restore Trust. “This is not claiming to represent some kind of truth. It’s just a gimmick.

According to the campaign group, which now has more than 10,000 members, the surprising exhibit is not the only desecration of a remarkable heritage belonging to the National Trust – a growing fury that threatens to alienate the 5.5 million faithful of the charity and betraying the wishes of the aristocratic families who donated the properties.

Indeed, the exhibit at Attingham, along with many other similar examples, represents the latest front in a cultural war against what many die-hard members see as the 125-year-old institution’s growing indulgence for a new agenda awakened.

At the heart of his criticisms is the reduction in the number of professional curators the association employs – and, in their absence, a growing number of extraordinary examples of “rigging”, “gimmicks” and “inappropriate modernizations” that stultify. important sites to attract new business. 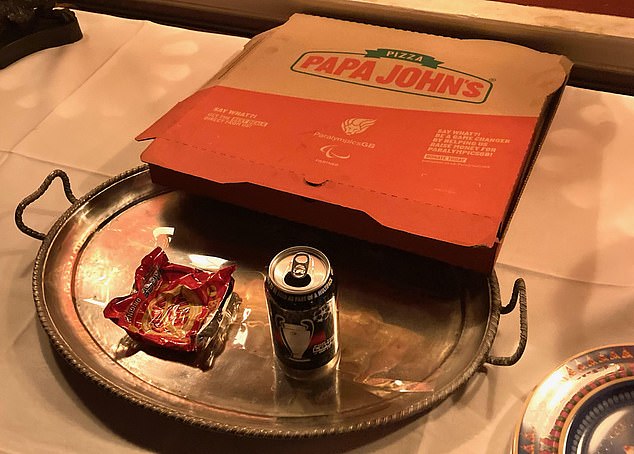 CULTURE TRASH: It has been greeted with dismay by members of the National Trust who have visited the 18th century mansion in Shropshire in recent weeks

Historic furniture and paintings have been removed from a room in Croft Castle in Herefordshire to make way for a games room, for example, while ottomans have been introduced to allow visitors to ‘gaze at the ceiling’ from the outside. Ickworth, an Italian palace in Suffolk.

A spokesperson for Restore Trust said: “Professional curators are being replaced by ‘visitor experience curators’ who leave on the wrong side – what they think the visitor wants – and reinvent the experience accordingly. of that.

“It’s not done on a small scale. The National Trust is now riddled with it. It is betraying the donor families who entrusted these properties to the National Trust so that they will be preserved for future generations. They have lost all long-term vision. 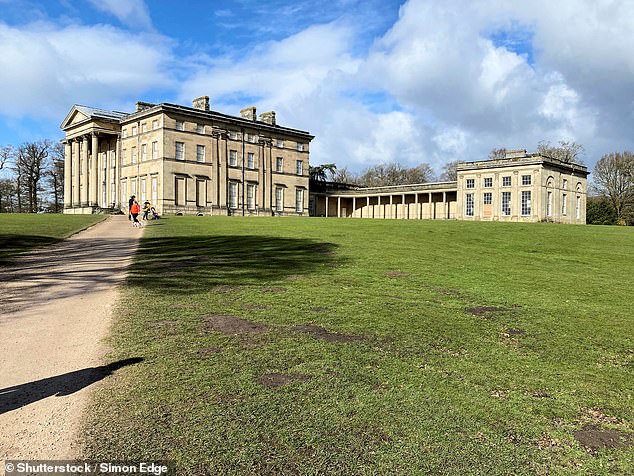 Last year, in the midst of the pandemic, the Trust laid off 1,700 employees and laid off ten curators. A report made it clear that the organization wanted to move on from what it described as its “obsolete mansion experience.” The Trust further angered its members by publishing a 115-page report on the links between its properties, slavery and colonialism.

Volunteers at some properties have been asked to consider wearing face paint, glitter and rainbow cords to celebrate Pride Month.

Restore Trust offered to bring a vote of no confidence against association leader Tim Parker, which led him to resign earlier this year. But the group is now presenting three more resolutions ahead of an AGM in Harrogate later this month. In one, he writes that he “deplores the fact” that expert conservatives have been sacked and that those who remain are “seriously compromised”.

He claims their advice is ignored or even not sought – with “catastrophic” and “reckless” results.

Examples include a new visitor experience at Stourhead, the first large Palladian-style villa to be built in England. The additions include a huge white cube in the lobby, “pompously” inviting visitors to consider the importance of everyday items, including “your favorite cup of coffee,” without any reference to the property’s own collections.

A spokesperson for the National Trust said it was “just plain wrong” to say that the organization was stooping down. Conservation expertise “remains paramount”, with the 27 largest houses having a dedicated property curator and regional curators managing a portfolio of properties, the spokesperson added. “These are not the characteristics of an organization that goes astray or that reduces its expertise.

It’s interesting what you see when you exert black light on everyday objects. We strongly …