Neil Hamamoto makes a home with the art that makes room

When Israeli artist Hanoch Piven visited Epstein Hillel School, the K-8 Jewish day school north of Boston, for the first time in 2017, school principal Amy Gold was unsure of what to expect. . Despite the uncertainty, his workshop was a huge success that students and community members praised for days. When the opportunity arose to bring Piven back to EHS this winter, the management team jumped at the opportunity to show her around the school again. Gold said, “We were delighted to bring Hanoch back so that our new students and families could have the chance to participate in this immersive and whimsical art experience, which teaches many life lessons for children and adults alike.”

Never miss the best stories and events for families, kids and teens! To have JewBoston Plus Kids.

Piven went to a Jewish school much like EHS in Uruguay, and when he got a little older and moved to Israel, he knew he wanted to be an artist. But he couldn’t draw or paint like his peers, so he started making art from objects, turning everyday objects into incredible portraits of famous people. As his bio specifies: “By reinventing the meaning and use of everyday objects, he forges associations between them and the subject of his creation. Since 1992, Piven’s work has appeared in newspapers and magazines around the world, such as Time, Newsweek, Rolling Stone, London Times, Der Spiegel, and Israel’s Haaretz.

Parents were invited to send all kinds of items before the workshop, such as bottle caps, LEGOs, buttons, pieces of fabric, wire; almost anything can be used to create art. The items were then sorted and arranged in a “buffet” that the students can use in the school’s new Sulman innovation center, a unique STEM space on the North Shore. Students in Grades 3-8 were introduced to Piven, and then were asked to create either a self-portrait or a portrait of a biblical figure. The results were astonishing.

“Mr. Piven taught me to think outside the box and be more creative with my artwork.
—Eliana, eighth grade

Intermediate students created biblical portraits of people like Pharaoh, Esther, and Jacob, to name a few. The younger ones chose objects that had a special meaning for them to create their self-portrait.

“It was a challenge that made me use my brain in a different way than usual.”
—Oliver, seventh year 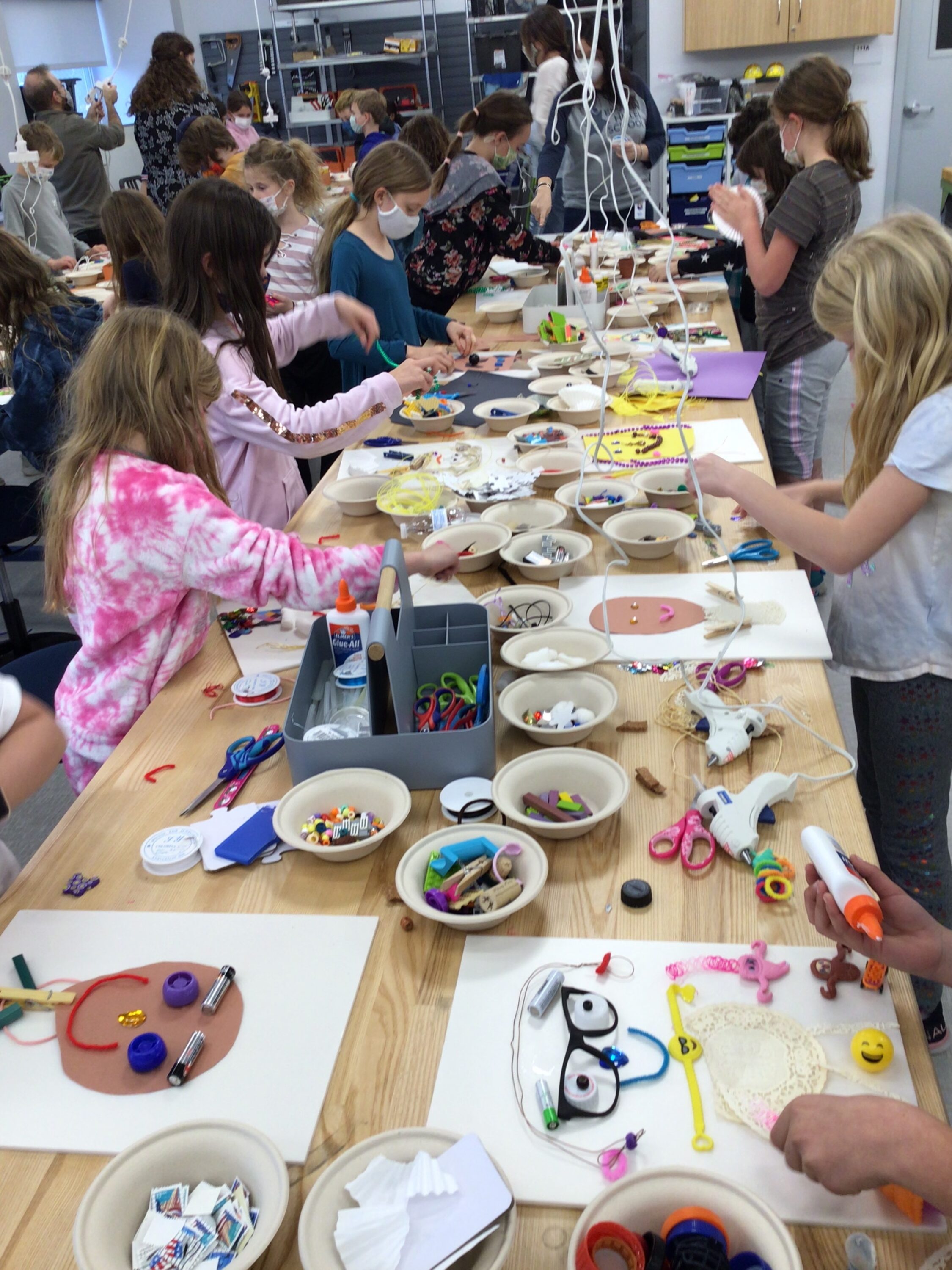 Simple everyday objects have been given new life and have become an eye, a hand or hair. Later that evening, the families were invited to the school to create a family portrait with Piven. Parents and students explored the collection tables around the Innovation Center, looking for perfect objects to represent the interests and characteristics of their family. At the end of the evening, families were invited to share their portraits with the group and explain why they had chosen each object and why they were special.

As the first event in a very long time in which parents were allowed into the building, there was a felt closeness between the families who had not seen each other in person for a year and a half. Parents were grateful to share this experience and to be together as a community.

“It was wonderful to be in school again for the Piven event. Community is such an important part of EHS and being with other families again was really special.
—Jessica Katz, ’95, former student and current parent

The Epstein Hillel School hopes to hold more in-person gatherings for parents and community members in 2022.

Never miss the best stories and events for families, kids and teens! To have JewBoston Plus Kids.

This message was provided by a third party. Opinions, facts and any media content are presented solely by the author, and JewishBoston assumes no responsibility for them. Want to add your voice to the conversation? Publish your own post here.

Previous HOLIDAY FOOD PICKUP: Superstore, No Frills, Wholesale Club Pickup for Harvest Manitoba
Next Omicron variant has arrived in Montana, according to DPHHS